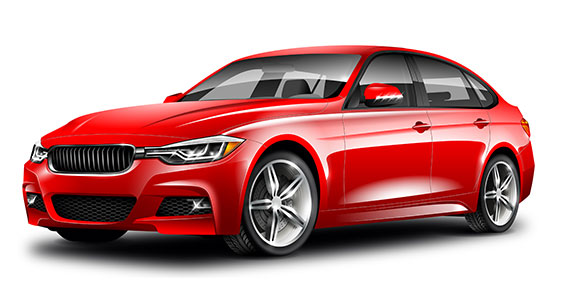 You could save up to

Known for its wheat fields, chokeberries, and only one area code, but also home to Enchanted Highways and scenic byways, North Dakota is the heart of the Midwest. If you’re planning to move to or register a car in the 701, you’ll need to make sure you have the right auto coverage.

In this guide, we’ll explore everything you need to know about North Dakota car insurance and staying street legal while you explore the state.

The vast majority of American states require some form of auto insurance for each of the drivers registered there. North Dakota car insurance is no exception. In order to register and legally drive a car in the state, you’ll need to have:

As you can see, some of the coverages (such as personal injury protection structure) are a bit different than other states. But does that mean insurance in the 701 is higher than in other areas of the country? Let’s take a look.

What is the Average Cost of Car Insurance in North Dakota?

If you’re an “average” driver with a decent credit rating and a safe driving record, you can expect to pay around $1,230 per year for full auto insurance coverage in North Dakota.

That’s pretty low compared to other states in the US. In fact, it’s almost 14% less than the national average.

Don’t forget that this is the average price for full coverage. If you choose only the minimum insurance coverage, your rates will likely be lower. Ask your insurance agent, also, for discounts you may be eligible for. Your employer, educator, or other association you belong to could qualify you for lower rates.

Why is Car Insurance So Cheap in North Dakota?

North Dakota is one of the only states that still have the original area code assigned by AT&T in the 1940s. That’s because the state has such a tiny population with respect to its size. In North Dakota, there are only 11 residents per square mile.

A small population means fewer drivers on the road. That translates to a lower probability of accidents and less money paid out by insurers. Most of the state is very rural, as well. Heavy traffic is almost unheard of in the state, and North Dakota has the fourth-lowest occurrence of fatal accidents in the nation.

North Dakota car insurance is cheap. But the penalties for driving without it are not. If you’re stopped by law enforcement and can’t prove you are insured, you could have your license suspended or revoked. You also may find yourself paying up to $5,000 in fines.

What’s worse, if you’re caught driving without proof of insurance twice within a year, your tags can be revoked and you could even face up to a month in jail. To put it simply, it’s best to just cover your car with North Dakota car insurance.

Drivers in North Dakota were asked which insurance company was best in terms of coverage, service, and affordability. The following five insurance companies ranked consistently best:

As we mentioned, be sure to do your shopping for your North Dakota car insurance. Your agent may be able to find you discounts you weren’t aware of. Additionally, the coverage that works well for one driver may be more (or less) than you need for your peace of mind.

Ready to hit the North Dakota roads in your insured vehicle? Here are a few fun facts about the state to think about while you’re driving the highways.

North Dakota’s small population and brilliant scenery make it a popular state for “transplants.” Make sure you’re legally able to drive in the state and are carrying at least the minimum North Dakota car insurance.

Can You Buy A Car From A Junkyard

How To Tell If A Junkyard Motor Is Good

You have just discovered that your car needs a new ...
Read More →

How Much Do Junkyards Pay for Cars?

Cars are amongst the most recycled products in the world. ...
Read More →

How Do Junkyards Work?

Maybe you are a collector or want to cut costs ...
Read More →

How To Find Parts at a Junkyard

Whether you’re looking for parts at a junkyard because you ...
Read More →

Should I Sell Or Donate My Car?

What Car Parts Will a Junkyard Buy?

If you want to dispose of your junk car, you ...
Read More →

Sell Your Junk or Damaged Car

Get your offer in minutes. Get paid on the spot.

Car Insurance & DUIs
Sell A Car Without A Title
Junkyards Scams
Car Donation Tax Deductions
What Can You Do with A Totaled Car?
California Car Insurance
Texas Car Insurance

Find a Junkyard Near You

Other Things Of Interest

Site Index
About Us